In my last blog I took a modest line about claims for the divinity of Jesus. In this blog I turn to what Jesus accomplished, and here I take a stronger line. In both cases I believe I am following the New Testament, which is much stronger about the ‘work’ of Christ than about the ‘person’ of Christ.

Strong claims are made for the resurrection of Jesus in the New Testament, but it is interesting that the claim is generally that ‘God raised him up’, rather than that Jesus rose of his own accord, because he was God. That way of phrasing it (‘God raise him up’) seems to indicate that it is not being claimed that Jesus is God.

The deep conviction that runs through the New Testament is that Jesus brings about a decisive change in the prospects for humanity through his death and resurrection, and that he has blazed a trail that others can follow. However, there is no settled view in the New Testament about exactly what is achieved, or how. Various different ideas jostle together.

One continuing debate among Christians is about whether things have changed for all humanity, or just for Christian believers. My own sympathies are with the view that they have changed for everyone, and I think that is the implicit background assumption of the New Testament. The claim is that because of Jesus there is a new humanity (a new ‘Adam’) though, of course, it is still useful for individuals to align themselves with what Jesus has done. 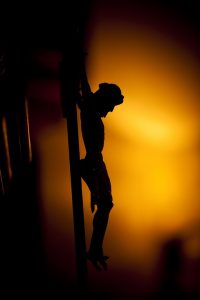 The big question is how to characterise these changes. I think we are better able to do so now, in the light of what we now understand about human evolution, than were people in Jesus’ own time. I think it helps to use concepts that are current in secular discourse, rather than just resorting to religious terms like ‘sin’. I suggest that Jesus initiated a process of inner spiritual renewal of humanity, from the inside out.

Some centuries before Jesus, people had had a vivid sense of God being active through nature; hailstones were seen as an expression of God’s anger etc. This thinking can be found in the psalms, for example. But, some centuries before Jesus, this way of experiencing God had begun to fade; if the process had continued, it could have left humanity with no experience of God at all.

Jesus seems to have had a deep concern with inner spirituality, and that can be seen as a way of redressing the problem created by a fading sense of an external God. I suggest that Jesus’ goal was to give humans a new experience of the spirit dwelling within them. Looked at in this way, Pentecost, the gift of the Spirit, was the goal and purpose of Jesus work.

There is a turning point in the spiritual evolution of humanity, from a spirit world that is felt to be external to one that is felt to be inside.  I suggest that, on any objective assessment, that change roughly coincides with the time of Jesus. It is a turning point meshes well with a central concern of Jesus about the gift of the indwelling spirit. That, in turn, invites the speculation that Jesus was responsible for this turning point in the spiritual life of humanity.