It has become an obstacle, and one of which I think the Jesus of the gospels would have strongly disapproved. He held up the simple trust of children as an example to everyone, and had harsh words for anyone who caused those who trusted him to stumble. In his rather fiery way, he says it would be better for them to have a large millstone hung around their neck and to be drowned in the depths of the sea. I think the over-dogmatic claim that Jesus was God has become such a stumbling block.

The notable exception, just before the disciples see Jesus shining with bright light, is when Jesus asks his disciples who they think he is. Peter says that Jesus is the Messiah, but Jesus just says he should tell no one. Jesus did not seem in the least concerned whether or not people thought he is God. 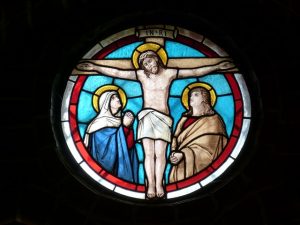 The various titles used about Jesus are all somewhat inconclusive and, for the most part, do not clearly say what most Christians now believe, that Jesus was actually God. Jesus sometimes calls himself the ‘Son of Man’ but that means a representative human, not that he is God.

In one of the clearest doctrinal statements in the New Testament, Peter just says that Jesus was ‘singled out’ by God and ‘made known to you’ through his miracles. That stops well short of what many Christians now feel the need to assert.

My point here is not to argue against conventional beliefs about Jesus, but just to point out that, if people find them troublesome, they are having problems with what later Christians have claimed rather than with what the Bible says. It is all too easy for Christians to find support in the bible for what they believe, rather than attending to what is actually there.

Dogmatic claims that Jesus was god are largely un-biblical and not faithful to what we know about Jesus in the New Testament. I propose that Christians should take a more ‘biblical’ approach to who Jesus was, which would be more flexible and less dogmatic. If Christians were more ‘biblical’ about Jesus, they would create fewer obstacles to Christian allegiance.