The Christianity of the Reformation (Luther, Calvin etc.) developed close links with solid tunes, like the German chorale tunes J S Bach liked to use, or the metrical psalm tunes used in Britain (‘All People that on Earth Do Dwell’ etc.) 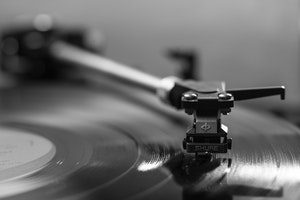 There is a reassuring security and stability about these tunes. They are rooted and confident. They feel as though they can resist passing fashions and fancies. Even when they were new, I suspect they evoked something solid, four-square and enduring.

They are very different from the plainsong tunes of the mediaeval period that had no harmony and no regular rhythm. ‘Come Holy Ghost Our Souls Inspire’ is the best-known in current use. These tunes waft and soar like a kite in the sky, and lift the heart to heaven. They are the opposite of solid and grounded; they speak of a more mystical kind of Christianity, and less of the ‘certainties’ of faith. They are currently quite popular.

Revivalism developed its own music, such as that of the Methodist revival in the 18th century. The tunes they used were popular dance tunes. Some Christmas carol tunes are in the same genre. ‘As Jacob with Travel…’ is one of the best-known hymn tunes in this style. They are like the tunes used in Morris dancing.

Such tunes have the kind of regular rhythmic movement that we now know is good for collective release of endorphins. They give people an emotional high and, because groups of people get the high all together, they are very good for social bonding. They also help to give people the kind of religious experience that Wesley described as a ‘heart strangely warmed’. They are exactly right for emotional uplift.

My point is that analysing what kind of music a particular kind of religion uses tells you something very significant about it. I hope my three examples illustrate that.