On the face of things you would expect the psychology of religion and spirituality to be quite close to transpersonal psychology, but in fact there is little connection between them, even some mutual distrust. It is worth examining the reasons for this. There seem to be several factors that make any integration between them quite hard to achieve.

One important issue is, of course, about religion. Religion is a divisive issue in our society, and often polarises people. Psychologists working in the psychology of religion and spirituality are often personally sympathetic to religion, even if that is not explicit in their work, whereas the most people in transpersonal psychology are outside the religious stable, and are distrustful of religion. 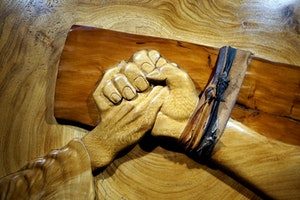 There is also sometimes a division over research methodology. The psychology of religion and spirituality tries to be objective and detached, even if those engaged in it are personally sympathetic. Transpersonal psychology is more interested in experiential research, and sometimes sees the spiritual transformation of the researcher as an integral aspect of the research. Transpersonal psychology is more likely to think you have to be personally engaged in spiritual practice to understand spirituality.

For these various reasons the prospects for an integration of these two branches of psychology seems poor. However, I would argue that the field would be enriched by such an integration. Where there are divergencies, it would be more fruitful to argue them out than to ignore those with different assumptions, methods and aspirations.

I found this division evident in a recent conference of the British Association for the Study of Spirituality (BASS). It was a division that also struck my namesake, Galen Watts (no relation), and he has discussed it in terms of the distinction between the study ‘of’ and ‘for’ spirituality.

I will shortly also discuss these issues further myself at a conference of the Transpersonal Section of the British Psychological Society (Sept 22nd – 24th), at which the Section will celebrate its 21st birthday.