Over my lifetime there have been massive developments in what computers can do. But it is something it is very difficult to take a balanced view about. A lot of those who are most expert seem to have a vested interest in exaggerating what they can do. Those who are more ignorant about computers tend to minimise the very significant advances they have made.

The trouble is that predictions about what computers will soon be able to do shades off into fantasy and science fiction, and it is not easy to tell sense from nonsense. There is a curious jumble of hopes and fears involved, some of which seem to be quite primitive psychologically.

There is a persistent fantasy of creating computers that will surpass us humans. Some people seem excited by that; others are terrified by it. There is also the idea computers will kind of take over and our fate will be determined by computers we have created, but which will turn on us. They will become ‘monsters’.

I think all this is wild fantasy. The fact is that computers are very good at some things, much better than us; but very poor at others. So, computers will make life much better in some ways, and have already done so. BUT they have severe limitations. For example, they are now pretty good at translation, which saves a lot of time and trouble; but they seem not to understand what they are translating, which is a limitation. 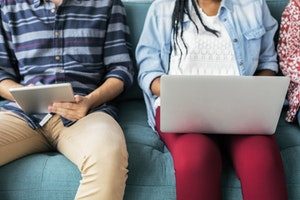 There is also a fantasy that when computers take over they will get nasty and turn on us. That seems to me pure fantasy. There is absolutely nothing in Artificial Intelligence to lead us to make that prediction. It comes entirely from humans projecting hopes and fears on to computers.

There is a religious angle to AI which is often implicit but now and again becomes explicit. AI is a kind of religion. There is an idea around that in creating humanoid computers we are playing God and becoming Creator. There is another dream that we will achieve immortality by merging with computers.

Sometimes the religion gets explicit, as in the recent founding of a new religion, Way of the Future, by Anthony Levandowski of Silicon Valley. They look forward to be new “Singularity” when human and computer intelligence will ‘merge’.