Some people think in black and white terms; some see things in terms of shades of grey. Some people make a clear, confident choice, one way or the other; others instinctively look for a middle way. Some people see an issue as clear-cut; other people can see both sides of a question.

But this is one of the most important ways in which people differ from one another. It is hard to respect, or even understand, people who are very different from ourselves on this issue.

It affects our attitude to many things. In politics, black and white thinkers tend to go the political extremes, either left or right. Those who see complexities tend to be centrists. 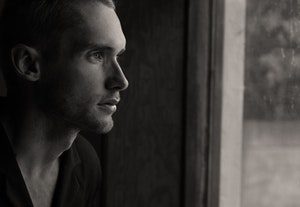 Something similar happens in religion. Black and white thinkers tend to be either strong advocates of religion, or staunch opponents of it. More subtle thinkers tend to go for a middle position, to be a bit ‘spiritual’, but not too strongly religious or anti-religious.

It helps to have both kinds of people in society. In the lead-up to WWII, Chamberlain was a more subtle thinker than Churchill, who was rather black and white. With hindsight, I think Chamberlain was the right man to try to avert a war; but Churchill was the right person to lead the country through war, when it became inevitable. Britain needed both.

To black and white thinkers, people who see things in shades of grey seem hopelessly wishy-washy and indefinite. To people who can see both sides of a question, people who can’t seem dangerously simplistic.

For the most part I recognize that I am a subtle, shades-of-grey thinker.  Generally I think the world works better if people see things that way. But I also know that I can dig in and become intransigent about things I really care about.

It can also be a burden seeing things in complex ways. I remember Robert Runcie being interviewed on TV on the day he became Archbishop. He was asked in what way he was unsuited to being Archbishop. He replied that he was always able to see both sides of every question.

The problem with having both kinds of people in society is that they find to hard too get along together, hard to find any basis for mutual respect. Someone who looks to be a ‘reconciler’ from one point of view may look to be an ‘appeaser’ from the other.

But people are very different from one another. Society is very diverse. And we need to find ways of at least co-existing, for the benefit of everyone.